Picturesque views of the countryside; people traveling on bikes down small unknown roads and the warm summer sun shining down on this beautiful Sunday afternoon. Children playing futbol with their fathers; a bond that will forever be remembered in the minds of these young children as they grow to be parents themselves and future fans of one of the most globally celebrated sports in the world. I am on a train to Amsterdam, viewing the Holland countryside. Thinking about life in Europe and how it is so different from my own life in the states. History, culture, architecture, art, food, passion, and a love for life…

I arrived here in Central Station which is located in the middle of Amsterdam; always as I step off those train stairs I wonder what is to be expected and what adventures lay ahead. It is intriguing to think that you are in a place that so many have spoke of and even more desire to go to; you are there to see those forbidden treasures that make up such a historic city and the capital of drugs, sex, art and architecture. I stopped at a tourist kiosk outside the station to inquire about how to get to my destination and 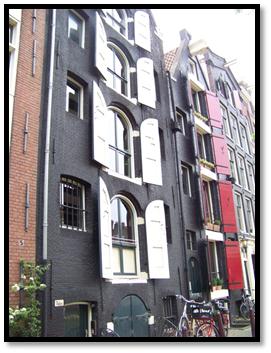 grab a map of the city. I made my way to bus 21 which stops at Neive-Williamsstraat right outside a park and across the street from Robertt’s flat. Robertt is a native to Holland and who grew up in Amsterdam; he is now in his mid-thirties and will be my Couchsurfing host during my stay in Amsterdam. He also has a flat mate that he shares with a girl named Constantina, a wonderful girl who is from Crete. I waited for him to come home as I relaxed at the café across the street for a short time. He showed me where I would be sleeping and gave me the tour and then asked if I would like to ride down to the park and enjoy the day’s beautiful weather.

People all about riding their bikes, small matches of futbol between friends, children playing in the water that runs through the park and small barbeques topped with food that pierces the nostrils with delightful scents; the sound of music coming from an ice cream truck driving by and stopping to cater to the needs of the young and old. Hillside slopes covered with blankets and locals who love to relax on Sunday afternoons with friends and family; a sight to see. We relaxed along the bank and talked about our travels abroad; I learned a little more about The Netherlands and about where he was born and what it was like being raised in Holland. As the time drifted on I found myself ever so relaxed and soon fell asleep in the warm sun. At around six in the evening we returned back to the flat and my hosts generously cooked dinner for me my first evening in Amsterdam. Spaghetti noodles, ground beef, olive oil, mushrooms and red peppers for our main course accompanied with salad and home-made Italian potato goletchis was utterly superb. I went to sleep early on; looking forward to my first day in the city tomorrow!

Around ten in the morning I set off to begin my day’s exploration; upon walking toward the center of Amsterdam I found a stretch of road set up with a large market place. Clothes, shoes, kitchen utensils, books, artwork and food; everything you could imagine lining the streets so everyday needs can be easily purchased. I bought two shirts for €10 half off from the original price due to the fact that the owner found me attractive and wanted to have coffee after he got off of work around two in the afternoon. I then told him I would be at the nearby café around that time (only a small fib right?) and then headed on my way. The interesting thing about the design of Amsterdam is that the streets go in circles around the train station and it seems as if you are in a maze at first. I wondered around eventually finding a beautiful church next to the location where Anne Frank hid in the attic and wrote in the pages of her diary. The line wrapped around the building and stretched on as people waited to take a glimpse of how these times may have been for this teenage girl and bring to life the pages that most are required to read in school. I adored the houses, stores and canals as I strolled along taking in all the sights and enjoying walking through head shops; learning about different natural and legal drugs, mushrooms and truffles. Furthermore, when revealing that I was from Tampa, FL the young Aussie working in one of the he 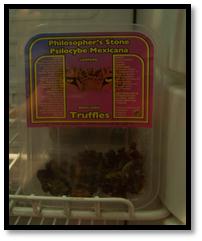 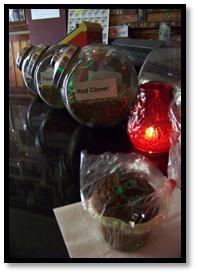 I then ventured into Bulldogs coffee shop around noon and had a hot chocolate with a chocolate space cake.  It was delicious but I didn’t really feel anything; I checked my Facebook page before I left the shop and continued on my quest to locate the    I AMSTERDAM sign that I have seen in numerous pictures. With no luck in finding it and seeing a good deal for a canal tour of the city I decided to relax and see the city by boat instead. About ten minutes into the tour, the space cakes hit me from nowhere; two hours later and hard. I could feel myself sliding down into my seat and laying my head off the edge of the boat to continue to watch the buildings, bridges and sights as we passed by. I don’t remember the end of the cruise just the conductor tapping my on the shoulder informing me that my stop was two stopovers back and that I had to get off now. Stumbling around as I try to collect myself and figure out where to go next I find myself paranoid that everyone around me knows I am under the influence of a space cake. I eventually walked along reaching Vondelpark in the northeast corner of the city where as I strolled in I noticed that there were so many people enjoying the day and that everyone else looked just as euphoric as I was. I then relaxed along the bank of the pond in a small clearing; listening to a group of guys playing a couple instruments and singing. Drifting off to the soothing sounds of reggae music; high, relaxed and just hoping to recover enough to make it back to Robertt’s place. Hours later…just before sunset, I stumbled in making as little conversation as possible and soon fell asleep around seven in the evening; way earlier than expected.

A new day, as I wake after the deepest sleep thus far I tell myself that I am actually going to go and do something today. It was slightly rainy and cold; perfect day to go to some of the famous art museums. I stopped in for breakfast at a sports café; a plate of Holland Pancakes, tomato soup and coffee; 20€. The Rijksmuseum, 11€, was my first stop where I got to see some amazing pieces from Dutch artists such as Rembrandt and Jan Steen; Johannes Vermeer was one of my favorites with details so delectable and intricate. As I left the museum and walked down a little ways I then saw the I AMSTERDAM sign and struck a pose to add another picture to my collection of many from around the world. Next was the Van Gogh museum, 15€, where I especially enjoyed his later pieces; passionate, vibrant and a beauty that takes your breath away at every glance of each stroke resting on the canvas that Vincent stared upon at one point in time. To think that he never had the honor of knowing that his name would be a name that everyone knew and that Starry Night would be a sight recognized by all.

After enjoying these museums I continued walking along looking for more things to see and along my journey I was stopped and asked directions from two Jamaican guys from New York and Canada who where looking for the Heineken Experience. I explained to them I was American but attempted to help them anyways; I then asked if I could join them and as we found it they were unfortunately closing to doors and the last tour was departing since it was already six o’clock. We then took the tram to Central where they wanted to smoke at an Amsterdam coffee shop; Babylon’s right next to the police station was the location of choice. As we entered the building we were given a menu and decided on five spiffs of White widow for €12. While relaxing with a couple of spliffs, we ended up meeting two guys from Ireland and I learned more about my new Jamaican friends. They were cousins visiting family in London and they were the perfect companions for experiencing Amsterdam! 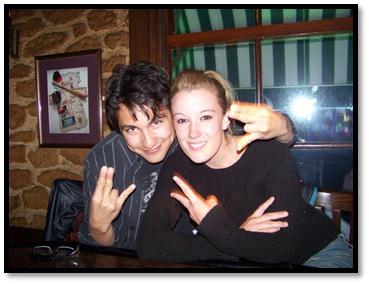 Remember Jason who I met in Tallinn only a week ago? Well, he is here in Amsterdam and he asked if we would meet up with him, so we moseyed over to the Grasshopper to meet him where we had a few drinks and I enjoyed a nice cup of soup. Later on we had the opportunity to meet Damien’s girlfriend, mother and Aunt. His girlfriend, Stacy, joined us as we window shopped, checked out a few clubs and took a tour of the Red Light District in the cover of darkness.

The Red Light District: It was interesting and surprisingly many girls were incredibly beautiful! I sat there and listened to a drunken American boy, no older than 21, beg a young beautiful blonde woman of the night to accept $20 for her services. She explained to him in a beautiful foreign accent that $50 was the minimum for any of her services. He began to plead with her…”But you are so beautiful, we were meant to be! I only have $20, please take all that I have!” She never caved in and he was left heartbroken outside her window pane as he continued to try and bargain his way in.

I wish I could have stayed out all night but I was home by midnight; right before Robbert went to sleep.